The Tidal Sense by artist Signe Lidén is a trajectory of works commissioned by LIAF 2019. The work was first conceived as a large-scale sounding canvas stretched through the intertidal zone on the shore of Ramberg, a fishing village on the Flakstad island of Lofoten. Over several weeks, this 28-metre long canvas performed as a recording instrument that researched the relationships between the tide, rhythm, sensing, and long-term thinking. By initiating the work, the artist was asking: ‘How could “the tidal” make sense as a figure of long-term thinking?’ and ‘What would constitute a “tidal sense” in itself?’. These questions were also the starting point for various recorded conversations between the artist, sixth-grade pupils in Ramberg school, and scholars Grace Dillon (Indigenous Studies and Literature), Arjen Mulder (Biology and Media Theory), and Geir Olve Skeie (Neurology and Music) – a compilation of which formed the podcast produced by Peter Meanwell. 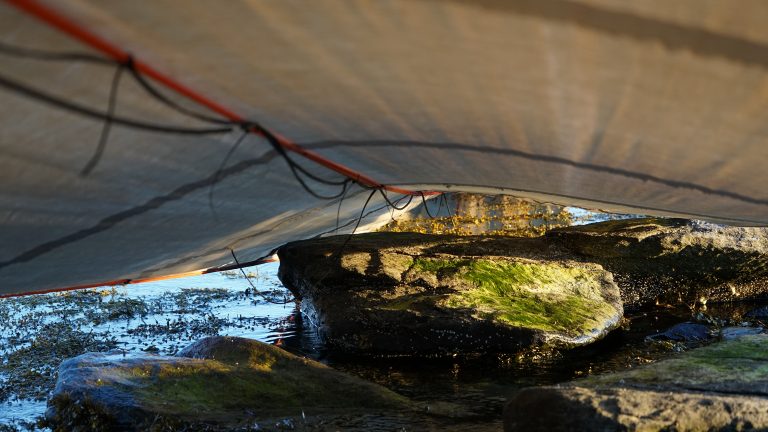 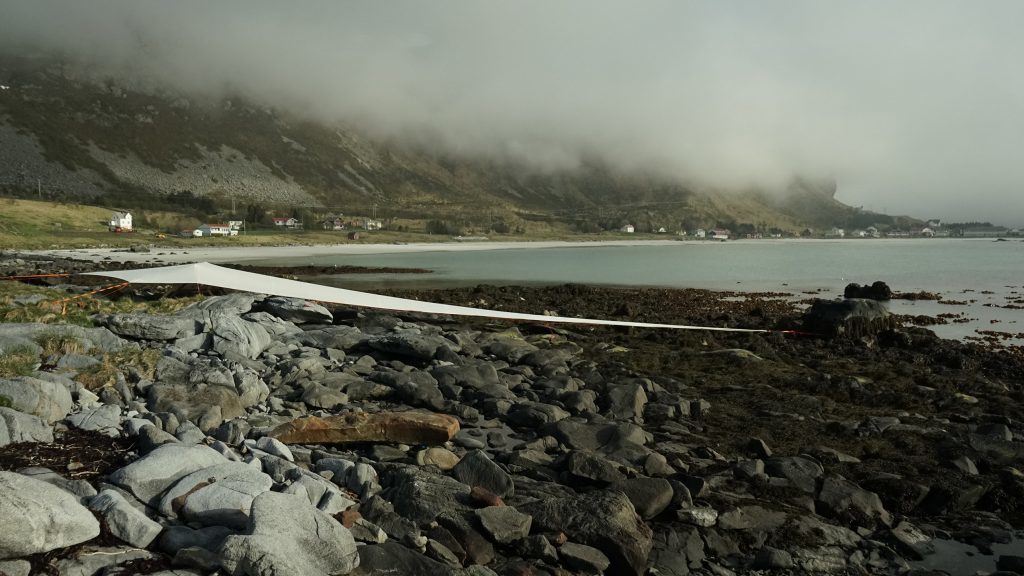 The Tidal Sense was later installed within the LIAF 2019 exhibition as an 8-channel sound sculpture that played back recordings from the intertidal zone at Ramberg through the canvas membrane. LIAF 2019 was curated by Hilde Methi, Neal Cahoon, Karolin Tampere and Torill Østby Haaland and project The Tidal Sense emerged from one of the four research residencies of the festival.