King’s Cross Central is a mixed-use development stretching about 27 hectare north from the King’s Cross Station. It is controlled by the King’s Cross Central Limited Partnership, which brings together a consortium of Hermes Investment Management on behalf of BT Pensioners, and the Australian pension scheme AustralianSuper and the site’s lead developer, Argent. The site houses Google’s UK headquarters, Central Saint Martins college of Art and Design, retail and high end apartments. As a privately owned public space, it imposes its own rules. Their security, along with the cleaning and maintenance staff are referred to as the King’s Cross Red Caps. Together they make sure the site is “welcoming, well-maintained and secure”. In August 2019, it was revealed that facial recognition technology had been in use on the site. After a public backlash, the scheme has been discontinued. 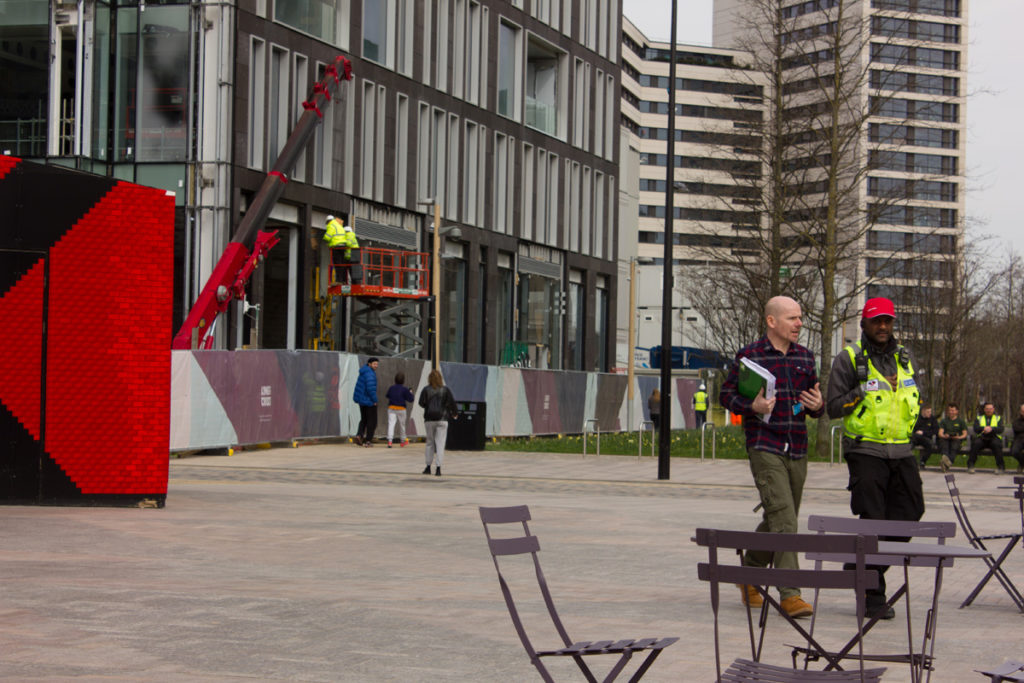 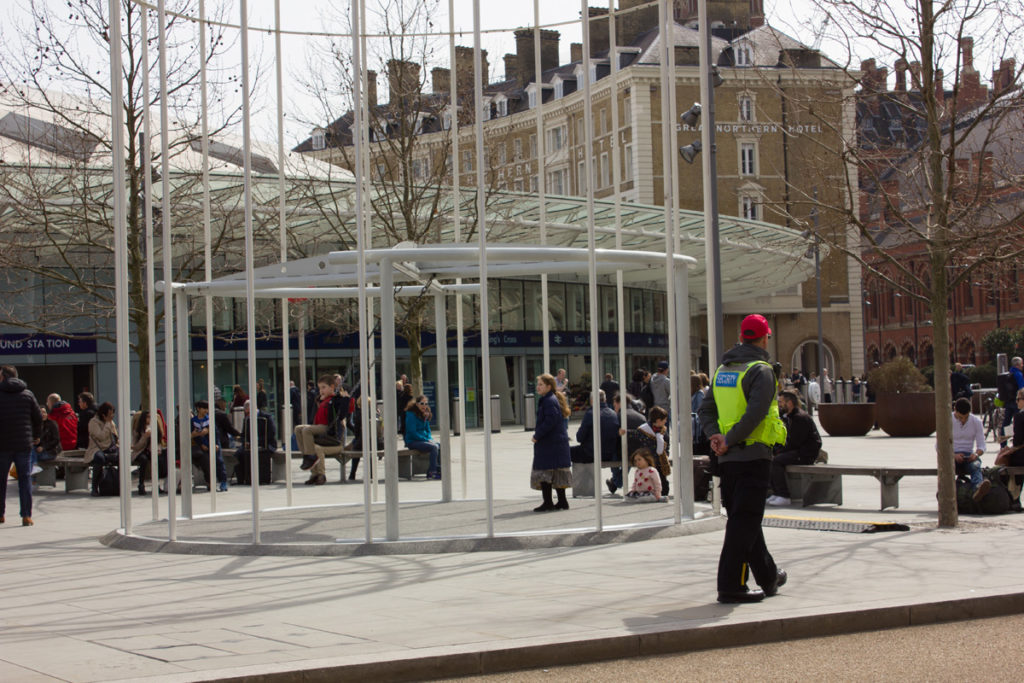 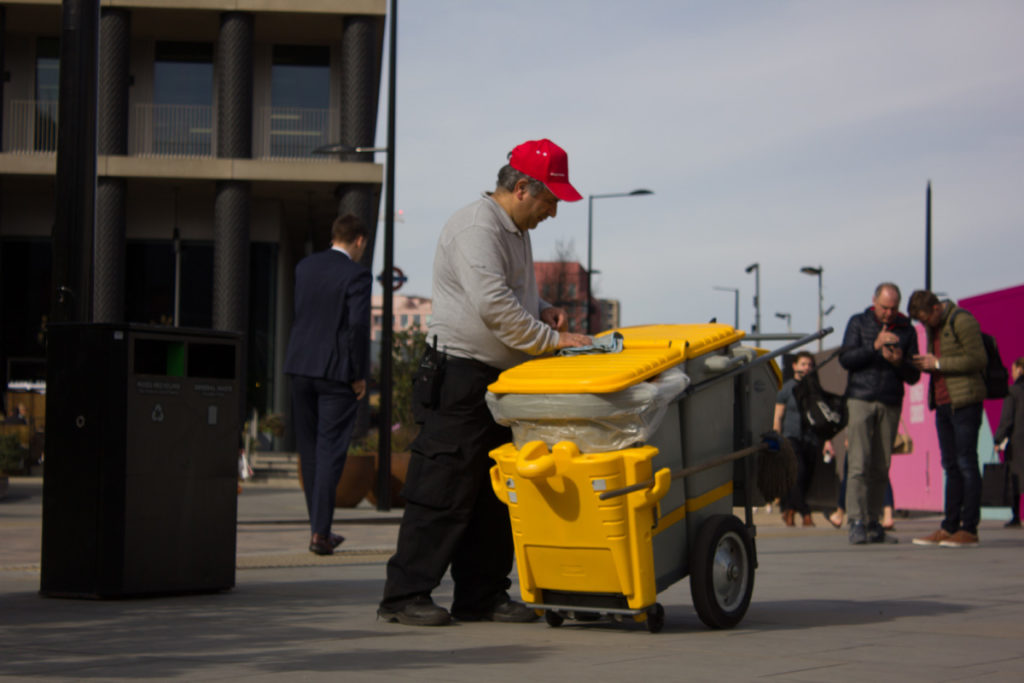 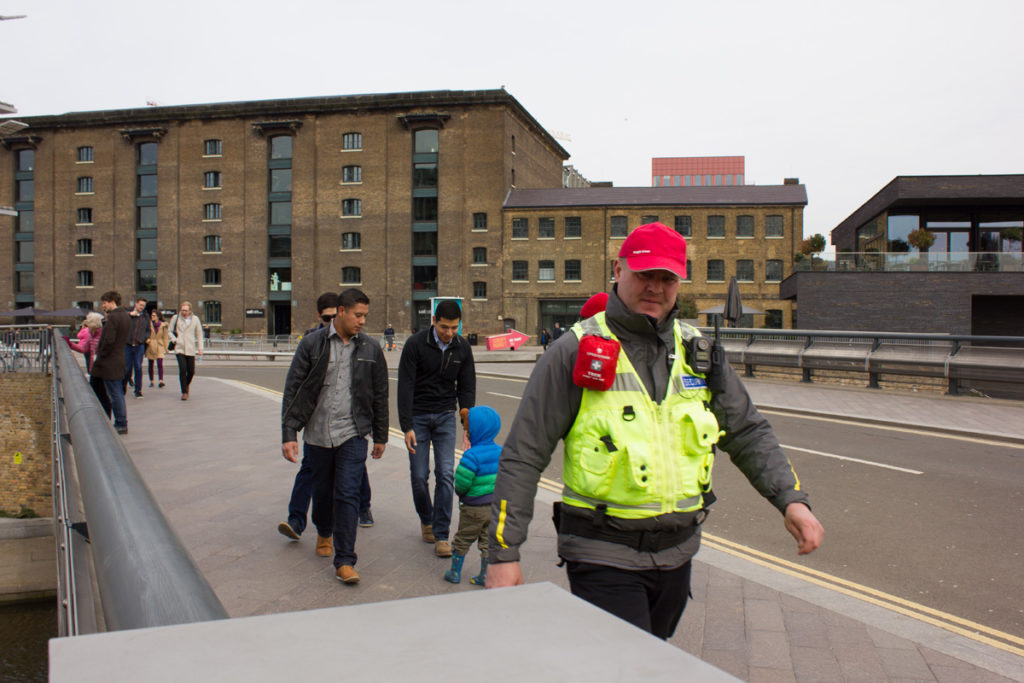 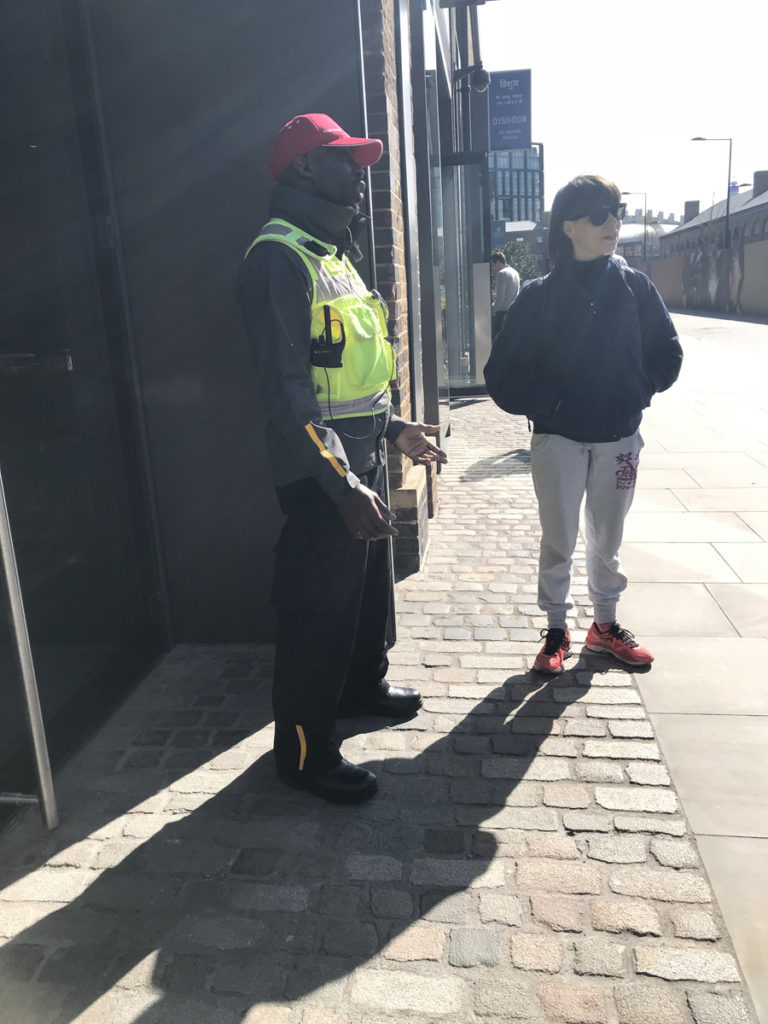 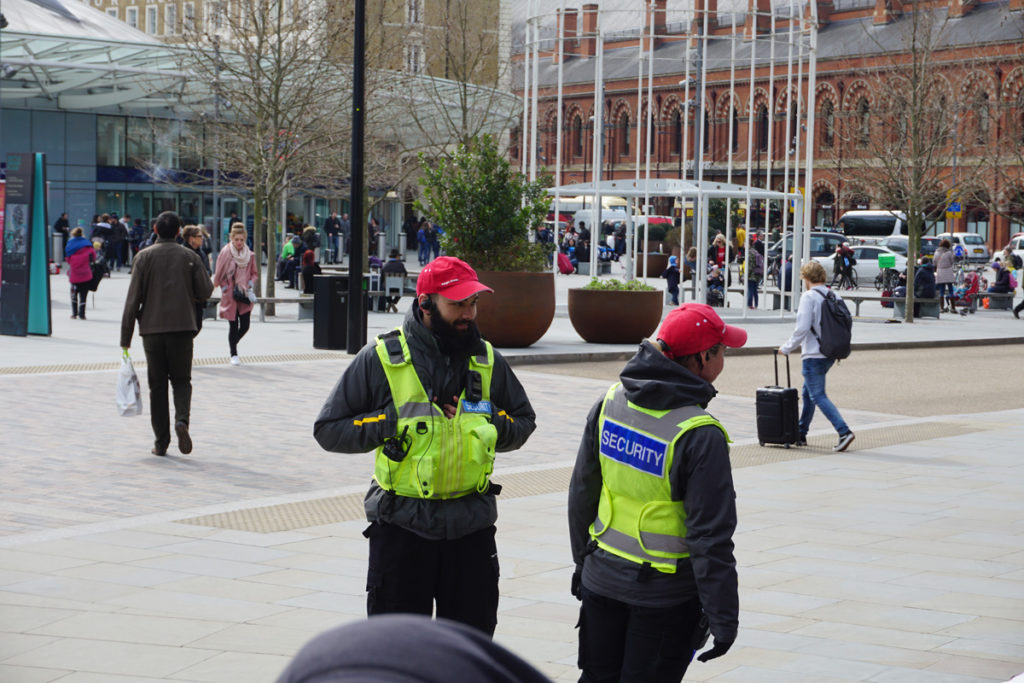 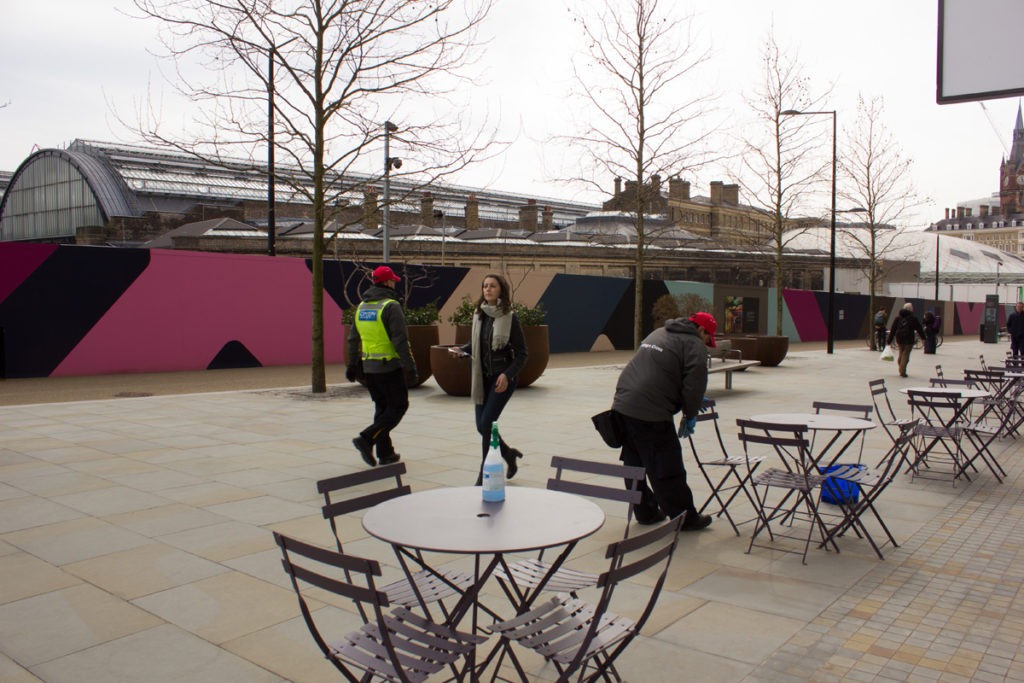 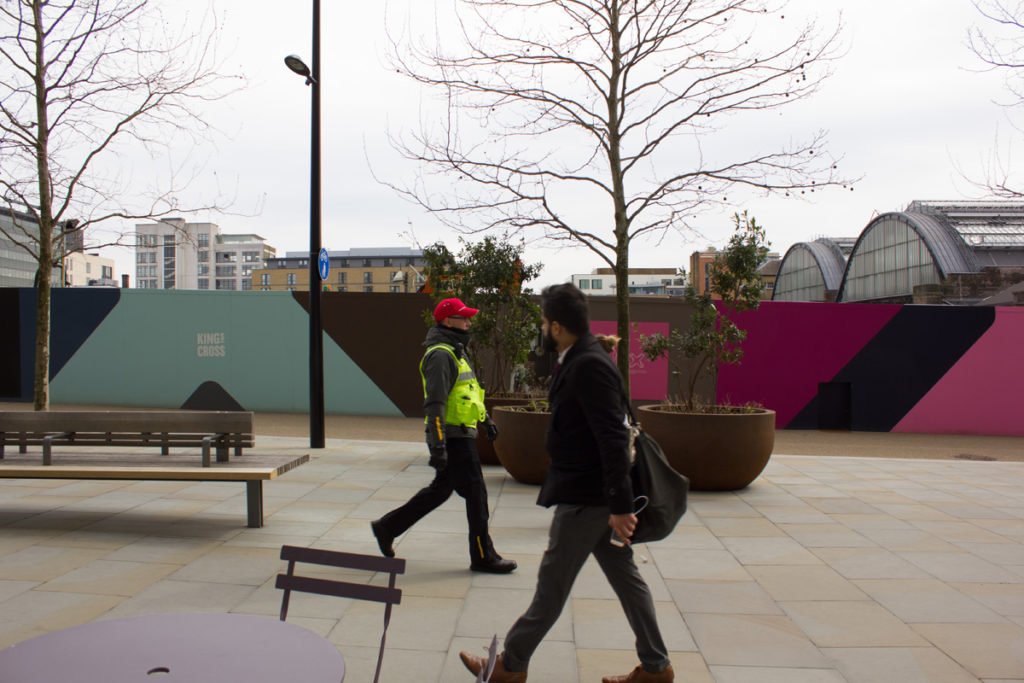